A Far Cry From the Wild

She was captured in Penn Cove near Seattle, Washington, on August 8, 1970.

A veterinarian, Dr. Jesse White, admired a particular little female and soon chose her to be purchased for $6,000 by the Miami Seaquarium in Florida in September 1970. Dr. White had visited a curio shop while in Seattle and saw the name Tokitae (meaning “Beautiful Lady/Shining Waters”) on a carving; a name he bestowed on the little whale who seemed “so courageous, and yet so gentle.” Trainers at the Miami Seaquarium later changed her name to “Lolita”.

Recently as I had seen on videos last year, I watched a 14 second video clip of Toki (aka “Lolita”) at the Miami Seaquarium, forced to make a screaming noise as a trick for the audience.

With over 40 years interest in all things cetacean, I have never read or seen any reports of Orcas vocalizing like this out of water. My sense was that this is not a natural behavior in the wild. So I contacted Howard Garrett, decades long a Killer Whale researcher at Orca Network in the Puget Sound area from where Toki was taken, and asked if he would comment on the video.

Howard responded: “Those awful screams they make her do are abominations, nothing like any of the beautiful calls we hear them make here. They do sometimes call above the water, but never like that.”

Toki being forced to scream for food truly is an “abomination”. It is also atrocious that she has been kept in an illegal tank (too small by Orca welfare standards in the U.S.), for over 45 years, 35 of them alone since the suicide of her Orca tank mate Hugo.

Watch the documentary “Lolita: Slave to Entertainment” (linked on our page for her) and you will realize that she was captured in the famous Penn Cove Massacre when 4 Orca calves and 1 mother died, as described in “Blackfish”.

Tokitae’s calls are a far cry from the screaming that she is forced to do to entertain visitors at the Miami Seaquarium.

Howard also shared a short recording from 1992 of Toki calling, and wrote:

“I understand she still does this. These calls have been identified as calls that Toki learned before she was captured, called the S-50, S-22, and S-1 calls (the S is for Southern Resident, to distinguish from the calls made by Northern Residents.”

Somehow Lolita has endured tragedy and demonstrated a courageous and gentle nature that inspired her original name. Its as if she has a faith not known to any human after over four and a half decades of solitary confinement. Its as if she knows that her mother Ocean Sun (now at 87 years of age) is still alive, waiting with her family for reunion in her home waters. How can we not feel amazed at the grace that she has shown to all of us who know the cruelty of her enslavement and fight for her freedom?

A joint lawsuit against the Miami Seaquarium (regarding Toki’s endangered species status) is scheduled for hearing sometime in May this year. There is more hope than ever as our voices grow louder than ever!

We are approaching 20% of our goal to collect boycott pledge letters for each day in 45 years since Tokitae was stolen from her family. One friend in the Puget Sound area has collected well over 125 letters, a pair of fellow activists in the UK have collected over 150 signed letters so far, a mother/daughter team with two sons have collected over 200 signed letters for this “16,425 Days A Slave!” campaign; one friend in Florida has over 200, with more on the way.

Everyone across the world can contribute

to our goal of sending 16,425 letters for each day that Lolita has been in captivity, to Palace Entertainment / Parques Reunidos (owners of the Miami Seaquarium) by collecting signatures. Bring letters for friends to sign at your workplace, team up with a friend at events, get a school involved. We make it very EASY with our information packet and sample letter.

Be a legend for Lolita! 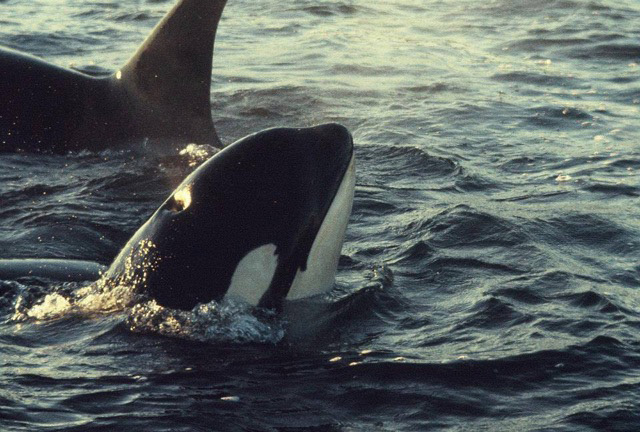