Danny LaPorte helped the United States make the transition from underdog to world leader in the sport of motocross. The rider from Los Angeles scored an AMA 500cc National Motocross Championship in 1979 before going on to become the first American to win the FIM 250cc World Motocross Championship in 1982. LaPorte was also a key member of the 1981 Team USA Motocross and Trophee des Nations squad that brought America its first win in the prestigious international Olympic-like competition. LaPorte was inducted into the AMA Motorcycle Hall of Fame in 2000. 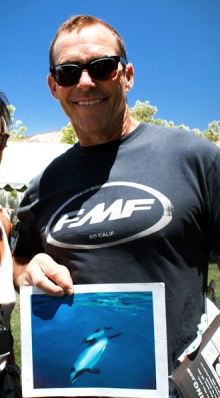