Japanese Whaling fleet heading for Antarctica, expected to kill up to 333 minke whales by March 2016. The slaughter will occur in waters that have been declared a whale sanctuary by the International Whaling Commission (IWC)!

Please write &/or call President Obama and ask him to challenge Japan’s plan to resume whaling and lack of regard for international law.

On December 1st, Japan’s whaling fleet departed for the Southern Ocean to resume so-called ‘scientific whaling’ in the Antarctic. This is despite a ruling in March 2014 by the highest court in the world, the International Court of Justice (ICJ), that Japan’s previous whaling program was illegal, and member nations of the International Whaling Commission (IWC) calling on countries to refrain from submitting new plans.

I want to see the United States and other conservation-minded governments around the world rapidly increase diplomatic pressure on Japan to drop their new plan before another 4,000 whales die pointlessly for products no one wants and science nobody respects. Back in February the International Whaling Commission (IWC) expert panel reviewed Japan’s plan and concluded it did not justify the need to kill more whales.

The U.S. public from all sides of the political spectrum strongly supports whale conservation. The United States has played a major role in key whale conservation decisions, such as the moratorium on commercial whaling and the Southern Ocean Whale Sanctuary. For decades, various US administrations have tried diplomatic means to bring about an end to Japan’s whaling, conducted in defiance of the International Whaling Commission (IWC) moratorium on commercial whaling. Sadly, these efforts have not worked; Japan has killed more than 15,000 whales--including endangered fin and sei whales--since the ban took effect in 1986.

[Please take a moment to personalize your letter. If you have direct experience relevant to this issue, please include that information in your letter.]

It is time for stronger action to be taken. Therefore, I respectfully ask you to impose trade sanctions against Japan under the Pelly Amendment, until such time that Japan ceases its cruel whaling programs in the Antarctic and North Pacific. I hope that you will demonstrate that the United States is still a leader in whale conservation by ensuring that Japanese whaling is brought to an end.

I celebrated the ICJ’s landmark judgment, which provided whales in the Antarctic with protection from slaughter for the first time in more than a century. Please ensure that our government does all it can to safeguard the hard-fought protection of whales in the Antarctic Ocean, so that both the court’s decision and the lives of those whales it can protect are not short-lived. 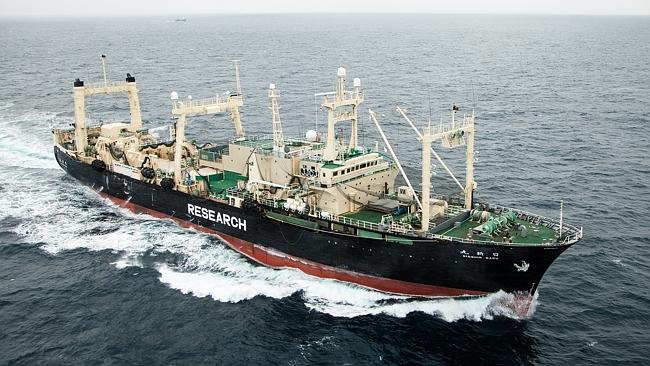