A picture can say a thousand words.

In the course of collecting signatures on the 10,534 letters delivered to Palace Entertainment and Miami Seaquarium from our “16,425 Days A Slave” campaign, this aerial photo has been the most compelling.

The relative tank to body size of lone female orca Tokitae (Toki) / Lolita / Sk’aliCh’elh-tenaut* speaks LACK of volume to the only space she has known for over 51 years since being violently abducted on August 8, 1970, stolen from her mother and family (Southern Resident Orca L Pod) at age 4.

“Her tank is so small it is technically in violation of the pathetically outdated and inadequate space requirements under the Animal Welfare Act. For reasons too complex to go into here, MSQ has been allowed to maintain her in a tank that is shallower than she is long and so narrow she must bank and turn immediately after one tail stroke across its width.” (3)

BUT there is far more than meets the eye. In response to the recently released USDA inspection report on Miami Seaquarium from early June 2021, the Animal Welfare Institute (AWI) petition states:

“The facility’s attending veterinarian told management about all of these problems and urged changes, but the vet was ignored by MSQ management and eventually terminated. Several of the problems at MSQ represent blatant and extreme infractions of the regulations governing care and handling of captive marine mammals. Yet MSQ still has its USDA license to operate and hold these animals.” (2)

“From The Dolphin’s Point of View” (3) blog in response, authored by one of the most respected experts on cetacean captivity Dr. Naomi Rose, marine mammal scientist from Animal Welfare Institute, begins with:

“It is, without equivocation, one of the worst inspection reports I have ever seen for a US marine mammal facility. “

Reading the USDA inspection report on Miami Seaquarium feels as gravely disturbing as a fictional horror story, but is sadly the reality of Tokitae/Lolita’s captivity since 1970. Below, in summation:

In the USDA report: “bad smelling” in other words poor quality rotten dead fish were fed to Toki and other marine mammals “despite concerns from some of the trainers and the Attending Veterinarian (AV)” resulting in “abnormal fecal samples ...observed in some of the animals. Medical entries made by the AV for Toki, a 56-year-old female whale, tracked the effects of the poor-quality fish for her and other animals at the park. One week later Toki developed inflammation according to her bloodwork (increased SAA).” (1)

One of many remarks by Dr. Rose states:

The inspector also reported that MSQ decreased Toki’s “base” (the total weight of fish fed per day) from 160 lbs to 130 lbs, over the veterinarian’s objections. It was unclear why her base was cut, but again, it hardly matters, since the vet objected. How much food an animal is fed is CLEARLY a veterinary decision! The vet was also concerned about hydration – cetaceans get their water from the fish they eat (no mammals drink seawater) and she was worried Toki would become dehydrated.

Rather than assume what motives were behind directing a reduction in food for Lolita aka “Toki,” hence reduction of water intake by nearly 20%, I emailed Mr. Asís Echániz, Partner, EQT Partners (EQT Partners owns Parques Reunidos, hence current owner of Miami Seaquarium) who had emailed a response to me earlier this year stating:

“Animal welfare is a priority for Parques Reunidos and is a topic recurrently discussed at its Board of Directors. As a responsible owner, EQT has supported the launch of a program to further improve animal welfare across all Parques Reunidos parks following the latest scientific criteria.”

“As eyes open to numerous cases of poor conditions and egregious acts of disregard for the welfare of animals at Miami Seaquarium, will Parques Reunidos fall similarly as referenced of The Dolphin Company’s image “Dolphin Abusement Parks”? As the public becomes aware of the 4 other captive cetacean facilities besides Miami Seaquarium along with at least 5 other aquariums and zoos owned by Parques Reunidos, will your Feb. 4, 2021 email statement (above) be proven false? “

We have so many privileges and choices; and Tokitae’s only choice has been to continue living as she has now over 51 years under conditions that I think no human could tolerate. Despite such tragedy, isolation, and poor treatment her inner strength and grace inspires me and thousands across the world. There is a sound retirement plan proposed by orca experts for Tokitae. Let’s give our all for her long overdue return to her family and home waters. 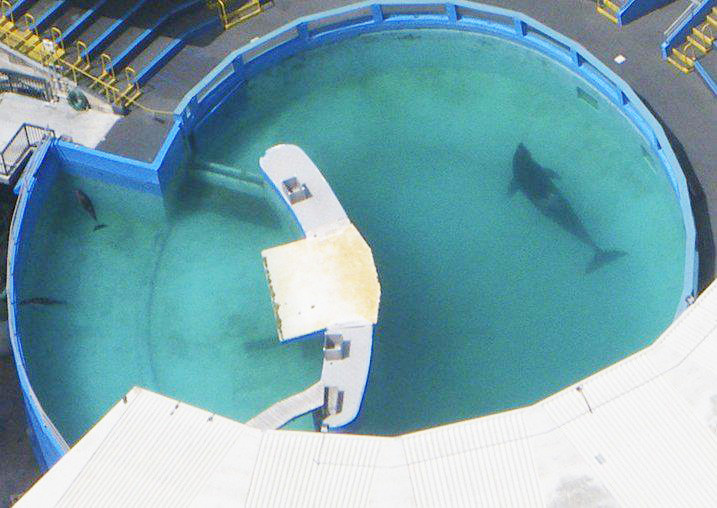