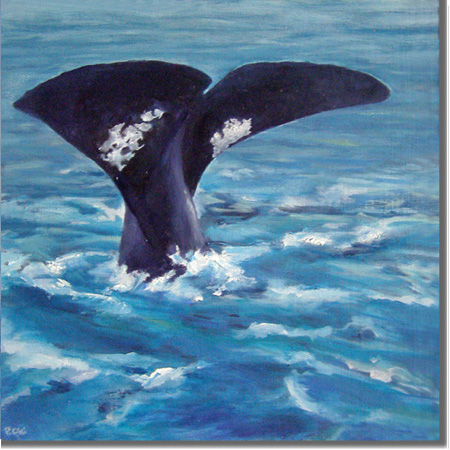 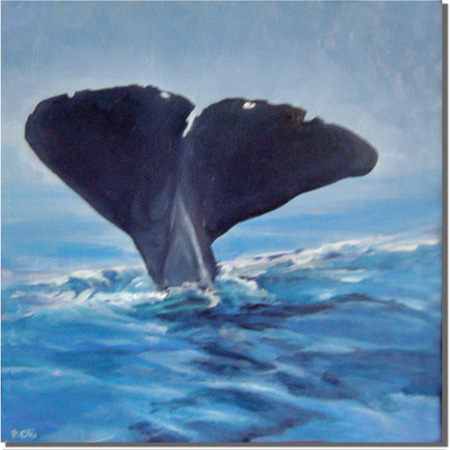 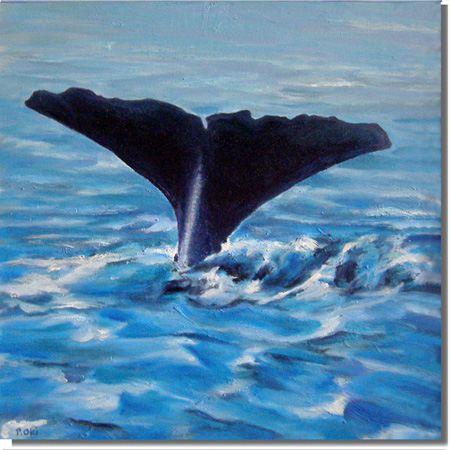 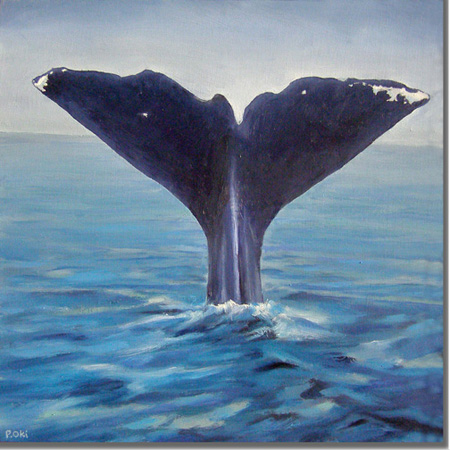 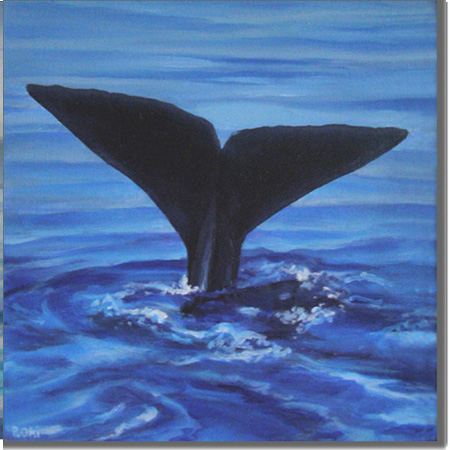 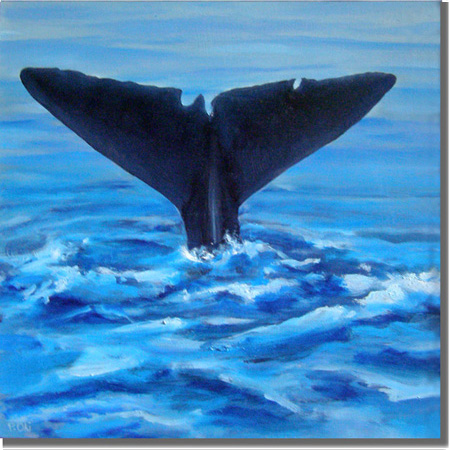 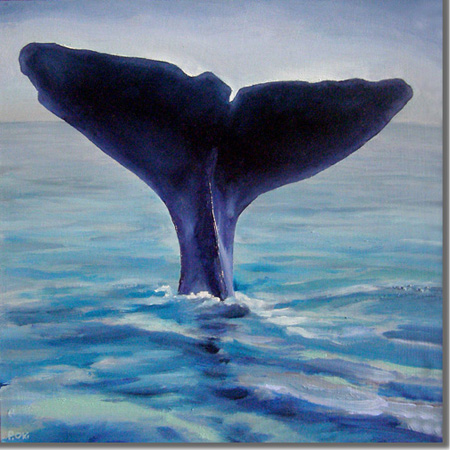 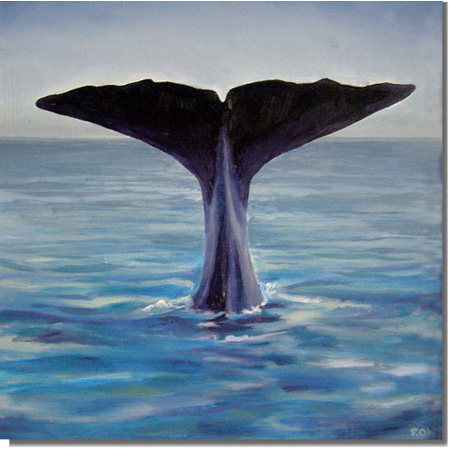 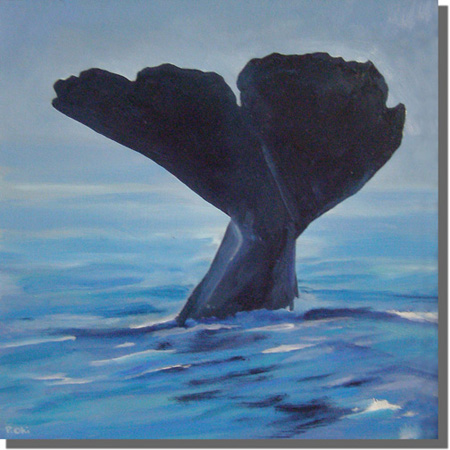 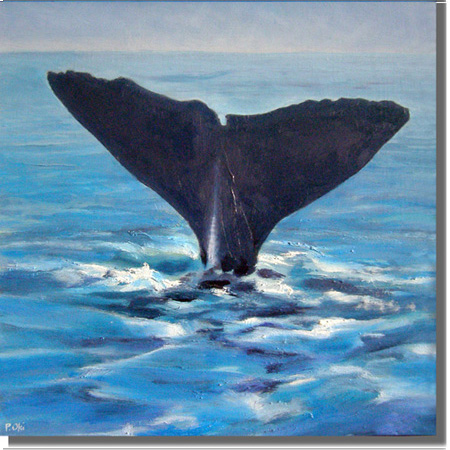 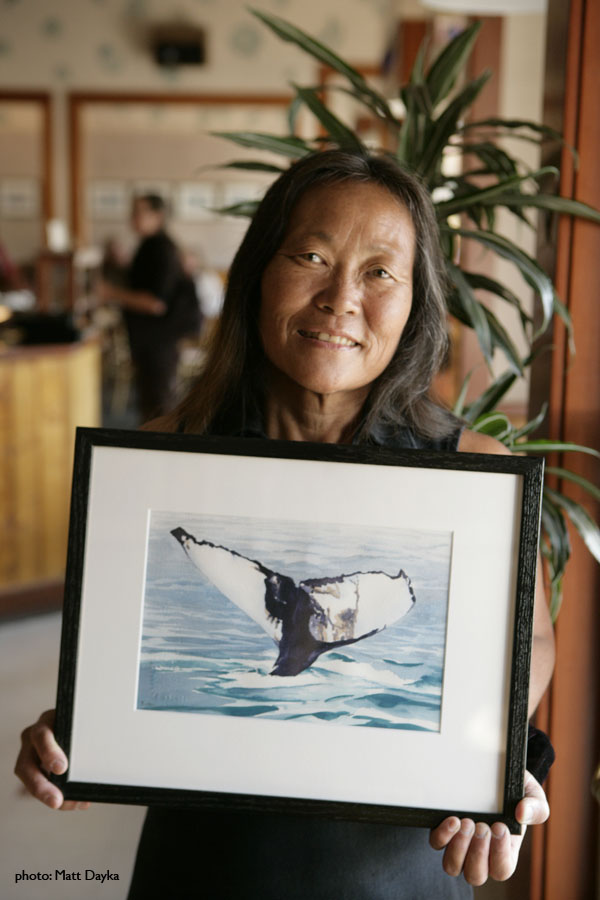 Years defined as a few centuries marked the relatively short time that whalers killed Sperm Whales, also called “Cachalots” (A Basque word for “Tooth”, considered a more respectful name for this species.); highly intelligent mammals that have inhabited the oceans for millions of years, to their present status as an Endangered Species. Hunted till they were considered no longer commercially viable, the long term affects of whaling on this and other large whales is yet undetermined. Highly complex social structures, the passing of knowledge between generations, and population dynamics are among factors considered by scientists, to which the recovery of Catchalots from the impacts of whaling remains uncertain.

Cachalots are the largest of toothed whales, possessing the largest brain on Earth. “The culture ...may be sophisticated compared with that of most other animals,...” Whalers have exploited the social nature of Sperm Whales, by harpooning calves, not to kill, so that they could easily “pick off” pod members as they “stood by” in defense of the wounded calves. “Other members of the group would remain beside a wounded female and then be killed themselves.”+

What do Sperm whales think and feel? Considering their level of intelligence, I wonder what the lives of Catchalots are like, what their interactions with each other and other species are like, and how they perceive the environments that they encounter as they roam the vast and deep oceans of the world. How, if they so chose to, would they express to us their perceptions and knowledge of a world that we humans know so little of?

Photographs of flukes are a valuable tool to whale researchers to identify individual Cachalots. "The marks and scars used to identify each individual are probably incurred during interactions between the whale and its environment, including, in the case of toothmarks, potential predators” and “animals like pilot whales ‘playing with’ sperm whales, parasites, collision with different things, and maybe each other.”. “Thus the distribution of marks on an individual's flukes says something about its experiences."+

Through a series of ten flukes as portraits, I hope that viewers will recognize whales as individual sentient beings. This series of paintings presents ten Catchalots, from actual photographs provided by whale researchers and the Whale and Dolphin Conservation Society (WDCS.org), to which I wish to express my gratitude.

Ten is a significant number in this series, as it represents the self-made quota for ten “Sperm Whales” (Cachalots) that Japan’s whalers will claim to kill each year. When considering the number of whales that die annually as a result of whaling, it is important to point out that there are numbers of whales that are "struck and lost", not “landed” or counted as “takes”, which suffer and die later. Whales that are "struck and lost", may live on after their injuries. But, as a result of infection, restricted mobility, shattered joints or damaged central nervous system, they may suffer an inability to feed, socialize or reproduce. The high proportion of struck, but lost, animals in some hunts is a serious welfare as well as conservation issue. Between Japan, Norway, and Iceland, whaling quotas of five different species, over 2,800 whales will be killed this year.

Respect for Life, concern for animal welfare, and the possibility of species extinction are valid reasons to bring a complete halt to the disgrace of killing whales. It is time to make a strong appeal to the governing bodies of the world and the International Whaling Commission (IWC) to halt this cruel and unnecessary slaughter.

+ Quotes are from “Sperm Whales: Social Evolution in the Ocean”, by +Dr. Hal Whitehead, a world-reknowned researcher of Sperm Whales.