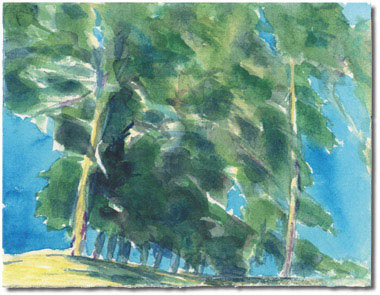 Something in the wind rustling through the trees, the spaces in between, and the birds that come to land on their branches. It's as if the trees know...