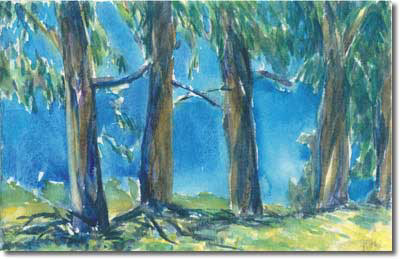 Wondering how many years old this row of Eucalyptus trees are; it also brought me to thinking that this grouping of individuals had grown along side each other all those years.